Universities and colleges in the United States are increasingly turning to the private sector for partnerships to safeguard their utility supply.

US colleges often have vast student populations numbering in the tens of thousands. At this scale they are comparable to small towns and as a consequence generate significant energy demand. Over the years many campuses have developed their own unique solutions to supply the energy they require.

Many universities are subject to pressures for expansion and redevelopment of assets in the face of a reduction in state and/or government funding.

In recent years public-private partnerships have gained traction with universities for student housing projects, notably with some of our clients in the United Kingdom, and now with other capital projects such as parking and energy. Many universities are keen to support the revitalisation of their host city’s neighbourhood. This has become a key consideration to get support on their projects.

Universities, supported by energy efficiency contractors, have identified a number of issues with the existing energy generation technology that is currently in operation at US colleges.

Outdated energy generators can be inefficient and expensive to run, not to mention the costly upkeep and regular repairs required to keep them operational.

This heavy maintenance expenditure means that new technology can provide significant savings in the long run both in terms of running costs and expected lifecycle expenditure.

In addition, there are federal and state-level environmental targets to factor into the equation.

These are aimed at ensuring sustainable power generation and the reduction of carbon emissions amid the ongoing battle against the effects of climate change. The older utility systems do not comply with these forward-looking targets.

With these challenges in mind universities are faced with a choice – do they subcontract and fund the modernisation of their energy generation systems directly or do they work under a partnership framework with a private consortium to modernise these systems?

We are seeing colleges choose the latter more regularly. This is a trend we expect will continue for a number of reasons.

Energy costs can be volatile and difficult to predict. This means colleges are looking to reduce the fluctuations in their energy supply so their outgoings can be more stable and predictable. They do this by sharing the risk with private parties in long term public-private partnership agreements.

By entering into a partnership with a private party, or parties, the objectives and incentives are aligned. Contracts are negotiated with gainshare provisions such that it is in the interest of both the college and private partner to increase efficiency and reduce costs. In that way all parties can reap the rewards. Through long-term energy supply contracts, universities are also able to monetise some of their future energy expenditure in the form of upfront payments. Sometimes, this can be a day one windfall for the university to use how they wish. In other situations, ancillary construction works (e.g. of academic buildings or car parks) are bundled within the remit of the utility system redevelopment.

The upshot of partnering with a private party can be hugely beneficial for all involved. The university gets an upgrade to their utility system as well as predictable future energy costs and will often receive an upfront payment or ancillary academic works. These substantial cash injections also allow colleges to invest in enhancing the student experience in what has become an increasingly competitive marketplace. The private parties are happy to leverage their expertise and compete for the mandate in search of long-term contracts with a low-risk counterparty.

There are two case studies which are particularly illustrative of the benefit of a P3 approach to utility supply. Operis’ Financial Model Audit services were involved in both tenders.

Ohio State University in Columbus launched a partnership in July 2017 through a consortium of ENGIE North America and Axium Infrastructure.

The University transferred management of the central systems that heat, cool and power the Columbus campus to ENGIE, which will operate these systems on behalf of Ohio State Energy Partners (OSEP).

The 50-year concession has a total value of $1.165bn, including a $1.015bn upfront payment to the university and a $150m commitment to support academics in specific areas requested by students, faculty and staff during the bidding process.

Similarly the University of Iowa, in Iowa City, announced earlier this year that it had accepted an offer from ENGIE North America to run the university’s utility system.

The deal with concessionaire Hawkeye Energy Collaborative, composed of ENGIE and Meridiam, involves an upfront lump-sum payment to the UI of $1.165bn to manage over 50 years in an endowment fund. The University plans to use the money for funding the campus strategic plan.

There are also a number of projects currently under procurement.

The Fresno State University Central Heating and Cooling Plant Modernization P3 issued an RFP last December and proposals are expected this summer The Universities of Idaho and Maryland are also in the early stages of the procurement process.

It has been reported that the University of Idaho has shortlisted Enwave for its central utility plant public-private partnership. Enwave, based in Toronto and owned by Brookfield Asset Management, is apparently one of at least three shortlisted teams, along with ENGIE and a team of Sacyr and Plenary.

It is clear to everyone that 2020 has been an unprecedented and atypical year. Remote learning is certainly on the rise but Operis believes higher education will go back to in-person teaching after the pandemic is more under control. In this context three drivers of change in the sector are expected to be more potent than ever: constant budgetary pressure, a need to improve the student experience in the face of fierce competition and a requirement for institutions to move towards a more sustainable future by installing more up-to-date and efficient energy infrastructure. We expect to see the symbiotic partnerships outlined above become more popular and widespread in the decades to come, in both the US and Canada, driven by pressures from within and without. 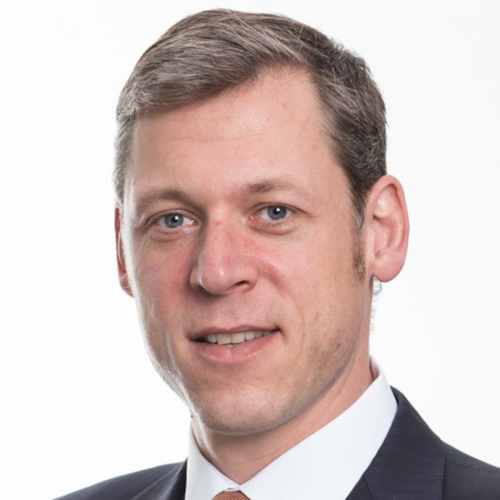