In the autumn of 2015 the Organisation for Economic Co-operation and Development (OECD) published its 15 Action Plans to counter Base Erosion and Profit Shifting (BEPS).

A key part of this framework, under Action Plan 4, relates to interest deductibility. The OECD recommended adoption of:-

• A fixed ratio rule – limiting an entity’s ability to claim a deduction for net interest to 10%-30% of Earnings Before Interest, Tax, Depreciation and Amortisation (EBITDA);
• A group ratio rule – allowing an entity with a net interest expense above the fixed ratio to deduct interest up to the level of the net interest/EBITDA ratio of the worldwide group;
• A de-minimis threshold;
• Exclusion for public interest projects; and
• Carry forward of disallowed interest and/or unused interest capacity to be used in other tax years.

In this blog we discuss the interest deductibility rules that have been introduced or adopted in Europe to ensure that the applicable tax legislation takes into account Action Plan 4 and their impact on financial modelling.

Eurovision
The Ministers of Finance of the European Union (EU) member states reached an agreement on the Anti-Tax-Avoidance Directive (ATAD) in June 2016. This directive provides for minimum standards which member states have to adopt. The directive subsequently become known as ATAD1 because in May 2017, the Council of the EU adopted a directive known as ATAD2 extending the scope of ATAD1 to hybrid mismatches.

ATAD 1 states that deductible borrowing costs are limited to 30% of the taxpayer’s EBITDA. Member states can allow taxpayers to deduct borrowing costs in excess of 30% of EBITDA, but only up to EUR 3 million. They may choose to apply the 30% rule and EUR 3 million limit at group level (as defined in national law). They may exclude standalone entities from the limitation rules.
In line with the OECD recommendations, the directive also contains two (optional) group escape rules that member states can adopt:-

Members states may allow taxpayers to either:-

In addition, an optional grandfathering clause, allows member states to exclude loans which were concluded before 17 June 2016 from the scope of the rules. This exclusion does not extend to subsequent modifications of such loans. Additionally, loans used to fund long-term public infrastructure projects (defined within ATAD 1) may be excluded.
Although most of the measures detailed in the directive must be implemented from 1 January 2019 at the latest, the interest deductibility rules can be postponed until 1 January 2024.

In the analysis below we focus on Germany, France, Italy, Spain, the Netherlands, Belgium, Luxembourg and the U.K. as examples of current EU member states with enacted or proposed interest deductibility rules.

Out with the old
Existing or proposed legislation includes a clause excluding loans from the rules that have been in place before a certain date. Belgium and Luxembourg both exclude loans concluded before 17 June 2016 whilst UK BEPS rules only apply to loans concluded on or after 12 May 2016. However, if these existing loans are modified after the applicable date, they are likely to be impacted by the rules. For example, in Luxembourg, where modified, the grandfathering provision would not apply to any increase in debt but would apply to the original terms.

Italy had existing interest deductibility limitation rules and allowed excess capacity calculated under the old rules to be used to deduct interest on loans made before 17 June 2016.

Infrastructure Exemption
In Luxembourg, the government issued a bill on 19 June 2018 to transpose ATAD1 into Luxembourg domestic law. The proposed rules will result, under certain circumstances, in interest on loans used to fund long term infrastructure projects being excluded from the calculation of allowable interest. This is also the case in Italy, Belgium and the U.K.

In the Netherlands, the proposal is to introduce a grandfathering rule for loans used in certain existing infrastructure projects.

The rules contained in ATAD1 are based on the rules in Germany which are only applicable to companies that belong to a consolidated group and are not applicable if the equity ratio of the group companies falls below the group’s equity ratio by up to 2%.

The proposed rules in France, released within the finance bill on 24 September 2018, include a ‘safeguard clause’ under which if a company in a group can prove its equity to assets ratio is at least equal to the ratio of its consolidated group, it will be allowed to deduct 75% of the disallowed borrowing costs under the EBITDA test.

Under Spanish tax legislation, if entities are taxed as a ‘fiscal unity’, the fixed ratio rule is tested at group level. In Italy, if entities elect to be treated as a tax group, excess interest expenses and excess capacity can be surrendered to other entities in the group.

Trigger point
The applicable date of interest deductibility legislation in many member states will be 1 January 2019 and applies to both third party and connected party debt. However, the rules in Germany have applied since 1 January 2008 and in the U.K. since 1 April 2017.

As a result of the proposed rules, several existing rules such as the “Amendment Carrez” rule in France will be abolished.

A waiting game
Certain Member States such as the Republic of Ireland have chosen to take advantage of the option to postpone the implementation of interest deductibility rules.

A summary of the individual aspects of the interest deductibility rules across a number of European jurisdictions can be viewed in this table.

Although the Zinsschranke rule is currently being challenged and the rules in a number of member states contain some form of exemption clause which might result in infrastructure projects being exempt from the rules, entities still need to consider the rules because, if applicable, the impact of these rules on the timing of tax payments can be significant.

Financial modelling enables the likely impacts of interest deductibility rules to be analysed where they do apply.

If you have any questions regarding the above or would like to speak to someone at Operis about potential issues relating to the impact of interest deductibility provisions, please don’t hesitate to get in touch. 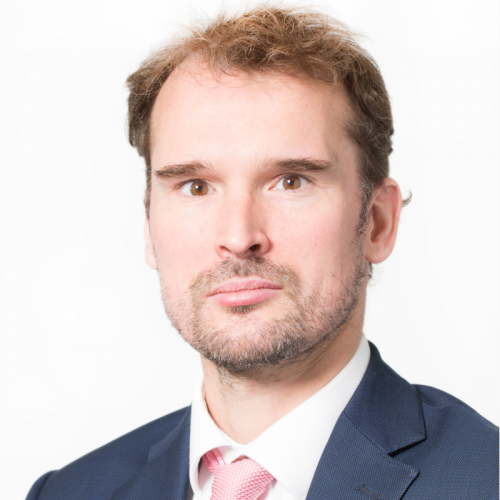 The Growth Plan 2022 – Key Takeaways for the Project Finance Sector