If a bank is contemplating making a loan to a project of a certain size, how confident can it be that it will get its money back?  No question ranks higher in the list of concerns of a credit committee.

Two common methods of reaching a view on this are to examine a project’s DSCR (Debt Service Cover Ratio) and LLCR (Loan Life Cover Ratio). The DSCR is straightforward to understand, but the LLCR is slightly harder. This note provides a first-principles explanation of how the LLCR is derived, and uses it to point out some common mistakes and misunderstandings.

All measures of a business’s ability to repay its borrowings involve a comparison between the resources available to service its debt and the resources needed to service that debt. We use this catch-all word “resources” because some kinds of cover ratios use profit as the relevant measure, and yet others use some estimate of the value of the asset being financed. In project finance, these approaches are rare; the resources considered are almost always some version of cash flow.

Both a DSCR and an LLCR involve forecasting a business’s CFADS. For those who don’t know already, CFADS stands for Cash Flow Available for Debt Service. It’s conceptually similar to pre-financing cash flow, or project cash flow, or enterprise cash flow, but it’s important to understand that it often differs from those quantities in material ways.

It is the fate of Cash Flow Available for Debt Service to be compared with the cash flow needed for debt service, which is typically abbreviated to just DS, for Debt Service. Here debt service means both the interest paid to a lender, and the repayments of principal necessary eventually to pay off the outstanding balance.

Lenders hope to get their loans repaid, so they want reassurance that CFADS is bigger than DS throughout the time during which their loan is outstanding. Equivalently, they want the ratio CFADS/DS   to be at least 1, and ideally comfortably above it. Less obviously, equity investors have just as strong an interest in the ratio being more than 1, because the excess beyond 1 is what they get by way of dividends.

How often should we calculate this ratio?

The minimum duration for the ratio to convey any useful information is the repayment interval of the loan, usually quarterly or semiannual.  A ratio calculated with this periodicity is known as the DSCR, the Debt Service Cover Ratio.

One can extend the calculation to cover more than three or six months. Twelve months is a good choice. A whole year’s CFADS is compared with an equivalent period’s DS, which likely consists of two semiannual or four quarterly payments to the lender. This metric has the advantage of averaging out seasonal fluctuations, and is known as the ADSCR, the Annual Debt Service Cover Ratio.

Why stop at twelve months? We could calculate a ratio over a longer period, adding up say ten years’ worth of CFADS and comparing it with the DS in those same ten years. If that was the duration of the loan repayment period, we would have boiled down into a single number a ratio which encapsulated the borrower’s ability to repay the whole loan.

This is a perfectly viable measure of debt cover, but it is not one that is used in practice.

Over longer periods such as this, lenders become concerned to attach more weight to the position in the near term, and less to what is years away and less certain. Discounting is long established as a mechanism for achieving this. The first chapters of textbooks on finance or economics invariably include a discussion of the rationale behind discounting and how to go about it, and of the most important concept that it produces, the Net Present Value or NPV of a series of cash flows.

Applying this notion to our case, rather than considering the ratio SUM(CFADS)/SUM(DS), we compare NPV(CFADS)/NPV(DS).

What discount rate should we use in the discounting? We could use any discount rate we favour, so long as we applied the same one to the CFADS and the DS so that the two quantities get discounted to the same degree.

But if we chose one particular discount rate, something magic happens mathematically.

When we do our discounting at the interest rate, NPV(DS) will always turn out to be the balance on the loan at the moment to which we are discounting.

This identity holds true for any pattern of drawdown and repayment, including no repayment at all. An intuitive explanation is that discounting causes values to become smaller with the passage of time; interest causes loan balances to get larger over time due to compounding. Use the same rate and the two effects offset each other exactly.

This being so, we can reexpress as NPV(CFADS)/NPV(DS) as NPV(CFADS)/Debt balance outstanding, so long as the discount rate chosen is the same as the interest rate.

More precisely, the discounting has to be perfectly symmetric with the interest compounding on the loan.

In addition, the measure of debt service that is considered needs to include repayment of principal and payments of interest, but not loan fees. The mathematical magic that allows us to replace NPV(CFADS)/NPV(DS) with NPV(CFADS)/Debt balance outstanding in our ratio ceases to work if any fees are included.  Since fees cannot form part of DS, they must be captured in CFADS, as if they were just another category of the business’s many operating costs, if they are not to be neglected in the calculation.

It is this formulation of the ratio that is accepted as an LLCR, though it’s rare that loan agreements specify the discounting details as precisely as they ought to. Credit agreements and term sheets typically specify the calculation of interest in painstaking detail as regards day count conventions and other details, but those documents are typically troublingly silent on the equivalent aspects of how to do the discounting.

If you are interested in finding out more about the key components of a financial model, what loan covenants are seeking to accomplish and examine how the term sheet and credit agreement interact with a financial model to achieve those objectives, enrol on Operis’s Aligning Contracts & Financial Models course.

You will also learn 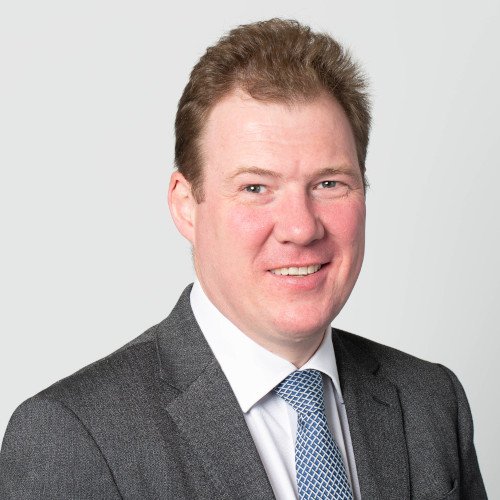