Interest Deductibility: Canada’s Proposed Rules Could be Harmful for Project Finance Investment By Henry Le Maistre on 25 May 2022

Chrystia Freeland first announced in Budget 2021 the proposed earnings-stripping rules in Canada, consistent with the recommendations in the Action 4 Report of the OECD/G20 Base Erosion and Profit Shifting (BEPS) Project.

In February 2022, the Government of Canada released detailed draft legislation, which provided clarifications and, in some cases, made certain amendments to these rules.

The Department of Finance Canada (the “Department”) invited taxpayers to provide their comments in consultation with a submission deadline of 5 May 2022. Operis recently submitted its recommendations on the draft legislation to support the project finance sector in Canada.

Recap of the rules

These rules generally seek to restrict the amount of interest that a taxpayer can deduct each tax year beginning on or after 1 January 2023.
Under the proposed limits:

Interest disallowed under these rules can be carried forward for up to 20 years or carried back for up to 3 years and can be reactivated in future years where the net interest expense is below the fixed ratio limit or group one, if higher.

These rules apply to corporations, trusts, partnerships and Canadian branches of non-resident taxpayers. A taxpayer can choose whether it applies the fixed or group ratio rule annually. We discussed the proposed rules from Budget 2021 previously in greater detail.

Operis’ recommendations on the draft legislation

As it stands, Operis considers the draft legislation puts public infrastructure projects in Canada at a disadvantage, both from a domestic and international perspective.

Domestically, special purpose vehicles (SPVs) within the infrastructure sector are inherently at risk from the interest deductibility rules when compared to other sectors. Infrastructure projects and other large capital projects (e.g. real estate) require significant capital cash outflows to build, and in a number of cases, maintain their asset(s). As a result, an SPV within this sector is often subject to high amounts of debt incurring significant upfront finance costs and interest throughout the construction and initial operating period. On this basis, we would expect many infrastructure projects to have a restriction of interest upon commencement of operations under the proposed rules.

Furthermore, the proposed rules surprisingly do not include an exemption for public-benefit infrastructure projects, despite the Action 4 Report discussing the merits of such an exemption. Therefore, from an international perspective, Canada would be an outlier compared to other countries such as the United States, United Kingdom, Italy, Netherlands, Luxembourg and Belgium that have introduced a public-benefit exemption.

Limiting the ability of SPVs to deduct their project-related interest expenses goes against the public policies that promote such investments by private parties in public infrastructure projects and may deter prospective sponsors from investing in public projects in Canada. This could have a knock-on effect on the quality of the public services provided in the future.

This is why Operis recommends adding an exemption from the rules for projects that are of public benefit, to bring the rules more in line with other tax jurisdictions around the world.

While the discussion in our consultation paper primarily revolved around the rationale for including a public-benefit exemption, Operis made these additional recommendations to the Department:

Operis continue to support the project finance sector and await a response from the Department to address our recommendations.

Using our world-class modelling team along with our tax and accounting team’s knowledge of the proposed changes, we can help you assess the impact of these changes on transactions and ensure that your financial models are optimised to reflect the maximum benefit once the draft legislation is finalised.

Get in touch with our Tax & Accounting team to discuss how these changes might impact your transactions. 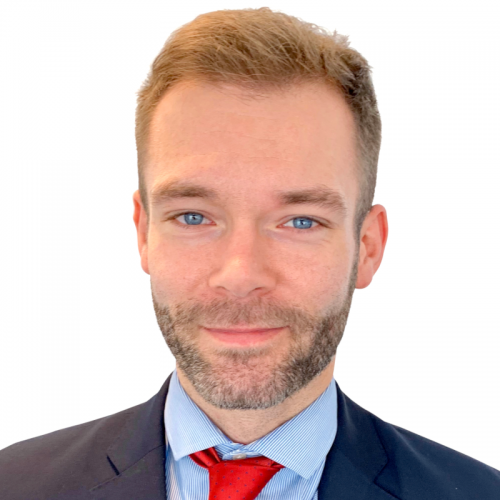 How to win at ‘The Great Resignation UK’